Janhvi Kapoor never fails to impress us with her sartorial choices. The actress, who made her debut with Dhadak opposite Ishaan Khatter, has often made bold as well as beautiful fashion statements. It’s once in a blue moon when she goes wrong with her outfits. Otherwise, you will find Janhvi slaying at one event or another. Recently, the actress embraced the trend of donning a pantsuit for an event which she had to attend in the suburbs. Joining the bandwagon of celebrities like Priyanka Chopra Jonas, Kareena Kapoor Khan and Katrina Kaif, Janhvi too channelled her inner diva and got power-dressing right. The millennial was suited up in a white pant-suit by Judy Zhang and it does come with a heavy price tag. If you wish to replicate Janhvi Kapoor boss lady look, you gotta keep Rs 1,22,400 handy or maybe you can just purchase the latest iPhone given the same amount. 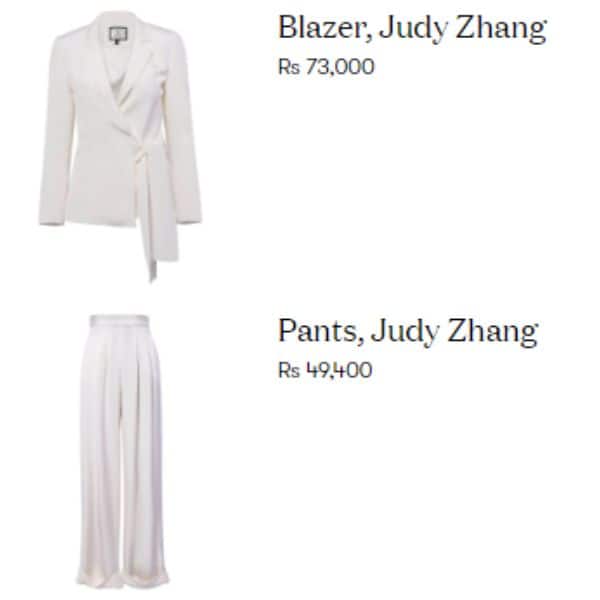 While Janhvi Kapoor loves trying out different outfits, at the same time, she doesn’t mind repeating her clothes. According to Janhvi, she hasn’t earned a lot that she can wear a new dress every day. Also giving it back to the ones who troll her gym looks, Janhvi had once mentioned how she looks outside the gym, isn’t really her job. It seems Janhvi is unaffected by what people have to say because ‘kuch toh log kahenge, logo ka kaam hai kehna’.

On the work front, Janhvi Kapoor has ample of projects in her kitty. She is doing the biopic of IAF pilot Gunjan Saxena (The Kargil Girl), who is credited to have ferried wounded soldiers to safety during the Kargil War in 1999. Besides The Kargil Girl, Janhvi will be seen in Roohi Afza, Dostana 2 and Takht